History of the VSP

​In 2006, Initiative 933 addressed regulatory taking of agricultural lands due to development regulations. It failed by 60 percent. The following year, the state Legislature commissioned the Ruckelshaus Center, a non-profit think tank based in Seattle, to examine the conflict between preserving agricultural lands and protecting critical areas in local ordinances adopted under the GMA. The process brought together stakeholders on this issue for discussion and development of a recommendation to the Legislature. A moratorium was placed on the requirement for local governments to update their critical area ordinances as they specifically applied to agricultural activities.

The history of VSP began in 2007 with Substitute Senate Bill 5248 directing the William D. Ruckelshaus Center to make recommendations to the legislature for solutions to protect and restore critical areas while preserving agricultural viability. 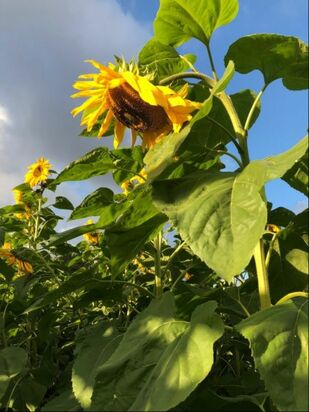 A Framework for Stewardship: Final Report of the William D. Ruckelshaus Center on the Work of the Agriculture and Critical Areas Committee was submitted to the Governor in October of 2010, and in July of 2011 legislature enacted Engrossed Substitute House Bill 1886 amending the GMA to create the Voluntary Stewardship Program.
The Program permits Counties to use a voluntary stewardship program in conjunction with stakeholders in lieu of enacting further critical areas regulations in regards to agricultural uses. At the state level, the voluntary stewardship program is to be administered by the Washington Conservation Commission.
​The Voluntary Stewardship Program is the result of the hard work undertaken by the Ruckelshaus Center. In the spring of 2007, the state legislature adopted Substitute Senate Bill 5248 which included the following provisions: In the spring of 2011, the state legislature enacted Engrossed Substitute House Bill (ESHB) 1886 which enacted the recommendations of the Ruckelshaus process. This bill amended the Growth Management Act (RCW 36.70A) to allow options for protecting critical areas: